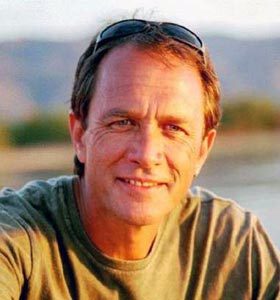 Mike, a shareholder and the person who started Sling Aircraft, is a fifth generation South African with a passion for aviation. A pioneer of early microlight aviation in South Africa, Mike has been involved in the aircraft business, designing, building and selling aircraft for 29 years. Mike is a past aviation world champion and has received numerous awards both for his contribution to aviation in South Africa and his aviation feats, as well as the films he has made to record them. To learn more about Mike’s aviation adventures see www.trike-expeditions.com and www.noneedforparking.com.

Sling Aircraft is Mike’s latest, and he believes greatest, venture. 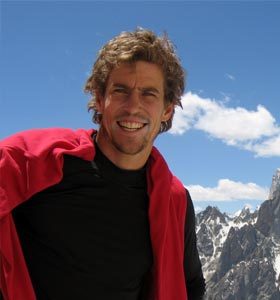 James, also a shareholder in Sling Aircraft, grew up on a farm in the Kwa-Zulu Natal midlands of South Africa. He is a qualified lawyer who completed a university degree in science prior to studying law. More recently James has worked as a VP of a mining exploration company listed in London and Toronto. Following the successful sale of the mining business, James was able to give expression to his love of flying by joining Mike as his business partner in Sling Aircraft.

At a young age James developed a deep love of the outdoors and adventure. He has also always been a keen sportsman and traveler. For background information on some of his more recent adventures see www.noneedforparking.com

Also growing up on a farm in the Midlands of Natal, Andrew, early on, developed a love for traveling, the outdoors and speed, often being found stripping  a 2-stroke dirt bike, only to see if it would go faster once put back together. After attending Michaelhouse boarding school for a fairly rebellious five years, Andrew graduated from Cape Town Varsity College in 2002 with an IMM diploma in International Business Management and Marketing.

He moved to London the following year, and joined Addison Corporate Marketing as an Account Executive and later Account Manager,  providing support to the investor relations teams of various clients, including Anglo American, Vodafone, The Premier League, Visa and WPP.

With six years’ experience in corporate financial communications, Andrew fled the UK and returned to South Africa to join Sling Aircraft, as the tea boy and book keeper, later becoming sales and marketing manager. Having developed a passion for business, flying and adventure, Andrew now heads up Sling Aircraft overseeing Sales, Marketing, New Business Development, Finance and Operations both locally and internationally, and is the Accountable Manager of the company. 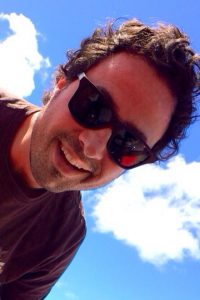 Matt Liknaitzky grew up in South Africa and had a passion for aviation at an early age. He started flying Microlights at age 16 and at 19 went to work for a small aircraft manufacturer. After working in many areas of the company he joined the marketing team and in 3 years became the head of the department. In 2000 he moved to California to run several aviation-related businesses in partnership with Mike Blyth, the founder of The Airplane Factory.

Matt is a member of various ASTM committees for Light-Sport Aircraft, is strongly involved in the aviation industry and is excited and proud to be able to help bring the aircraft of The Airplane Factory to the US and to introduce aviation to more of the general public.

“I started flying when I was 16 (over 22 years ago) and have accumulated varied experience and ratings over the years. Aviation is my life and my work. To me aviation is the intersection of the mind, the body and emotion. When you fly you need to have your mind clear and focused on managing and understanding everything that is going on around you with cold clarity. Physically, you need to manipulate the controls with co-ordination and precision. And then there is a great emotional response of awe and exhilaration at being able to project yourself in all 3 dimensions and gain perspective of the incredible world we live in. There is nothing else that I know of that engages every part of me all at once – other than flying. And couple this to the fact that aviation is an endless source of learning and challenge, and you have a passion that will last a lifetime.

Flying the Sling is as close to the dream of flying as I’ve ever imagined. Every day that I fly I feel like the luckiest person alive.” 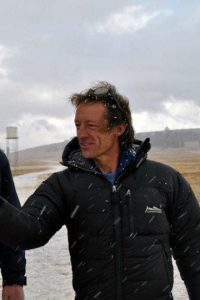 Born in 1963 to a mother who was in the South African Air Force (SAAF) during the Second World War and a father who was technical wizard in all practical fields, he grew up loving aircraft and what made them fly. From an early age his father taught him the numerous mechanical skills underlying the creation of machines. By the age of eight he had designed, built and flew several model aircraft. By thirteen he was building and racing motorcycles which became his passion. At eighteen, he matriculated at Pretoria Boys High and was intimately involved in motorcycle racing both as a rider and as a mechanic. By modifying and maintaining motorcycles he made extra money and honed his mechanical skills.

Before serving his two year commitment in the SAAF, he enrolled at South African Airways (SAA) as a trainee aircraft technician with the aim of becoming a flight engineer. He was awarded the top student prize in all subjects including practical. At the age of 23 he bought his first semi complete home-built aircraft as an entry into aircraft building. He began learning to fly and loved it so much that he redirected his life to full time flying.

He started a flight school with a partner teaching students about flight by starting them on model aircraft, then hangliders, then microlight aircraft, before putting them into heavier machines. At that time he became an Approved Person (AP-similar to US A&P/IA) for the inspection of tube and fabric aircraft in South Africa. In 1998 he bought and built a kit aircraft which caught the attention of the owner of Shadowlite Aircraft, a company which builds, distributes and supports the Jabiru aircraft in South Africa. This landed him the job of inspector and test pilot at the company. This led him to upgrade his AP privileges to include composite and aluminum airframes as well as wood and fabric. As the quality controller and test pilot at Jabiru for a period of eight years he supervised the building of, inspected and test flew over 200 aircraft.

Since September 2009 he has been working on aircraft development and as the manager of production at The Airplane Factory. His role has included structural testing of the aircraft, part improvement, flight testing and implementation and improvement of manufacturing procedures. In 2014 Jean moved to the USA to assist North American Sling customers. 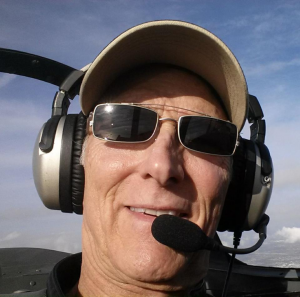 NORTH AMERICAN SALES AND MARKETING MANAGER
As National Marketing Manager, Barry is responsible for marketing communications and sales of the Sling LSA, Sling 2 and Sling 4 kit aircraft and working closely with Matt Liknaitzky and Jean D’Assonville, he supports our dealers in their sales and marketing efforts. Barry comes to us with decades of experience in the general aviation and automotive industries. He brings expertise that ranges from new Piper and Mooney aircraft sales to managing Lexus national advertising, Toyota experiential marketing and Toyota’s aviation business development department. In addition, Barry’s understanding of growing markets comes from stints in Lexus customer service & dealer education as well as Toyota dealer planning. A private pilot with over 900 hours, Barry has been a member of the Sling Flying Club for over four years and has been a strong promoter of The Airplane Factory brand. As an FAA Safety Team Representative, Barry has been conducting aviation safety seminars for over 20 years and was recently reelected to the post of President of the Torrance Airport Association.